The stock markets are obviously in uncharted territory and, while that’s extremely uncomfortable, it’s not necessarily unprofitable if you have a plan. If you’re flying by the seat of your pants, that’s something else entirely and a topic for another time.

What matters now is very simple.

The markets seem like they’re in freefall, but really they’ve just retreated to 2017 levels. Yes, it’s true the Bull Market that we’ve enjoyed since 2009 finally broke, but that’s not the end of the world literally or figuratively.

A little perspective is in order.

Even Nvidia, a much smaller player, jumped from $3.6 billion to $179 billion.

Growth may slow to a snail’s pace but it will not stop. And, when that happens, the markets will resume their upside charge as a means of tapping into the life-changing profits that go with it.

That’s why now – more than ever – you want to be onboard if at all possible.

But being “in to win” is how you actually do win. 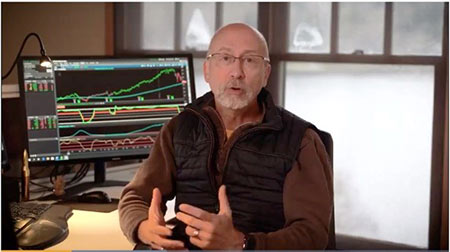 The post Why This Fund Is Your Best Friend at the Moment appeared first on Total Wealth.

Most Recent Posts by Keith Fitz-Gerald